The Half Moon Bay History Association presents another unique speaker’s event on February 11, 2020.  Archaeologist Mark Hylkema returns to discuss a new topic centered on the Ohlone and their endurance from early colonial times to the present.

“At the time of first European contact, the San Francisco and Monterey Bay areas were the home to 50 Indian tribes.  Each one had their own territories and dialects,” Hylkema explains.  “Today, these tribes are known collectively as the Ohlone people.  Their ancestral past spans many thousands of years, reaching back to the Ice Age.”

Recently, a great deal of emphasis has been placed on the history of the earliest inhabitants of the Coastside and the bay area.  Last year was the 250th anniversary of the Gaspar de Portolá expedition and the commemoration of 10,000 years of Ohlone settlement in San Mateo County. 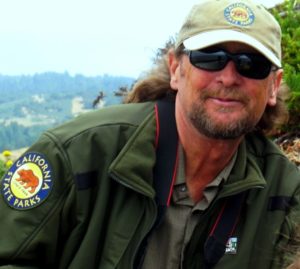 Hylkema is the Santa Cruz District Archaeologist and Tribal Liaison for California State Parks.  In this capacity, he manages cultural resources within the District’s 32 park units.  He is a Registered Professional Archaeologist (RPA) with 38 years of professional experience in California archaeology, working on archaeological projects throughout the state.

He is an Adjunct Professor of Anthropology at Foothill College in Los Altos Hills, and has taught anthropology, archaeology, and Native American Studies courses at Santa Clara University, University of California at Santa Cruz, De Anza College, Ohlone College and Cabrillo College.

He was President of the Society for California Archaeology during the 2015/2016 term and has contributed significantly to the regional archaeological literature.

The public is welcome – no charge – bring a friend!

Please Note: There are some stairs, but an electric stair chair is available for those who need it.